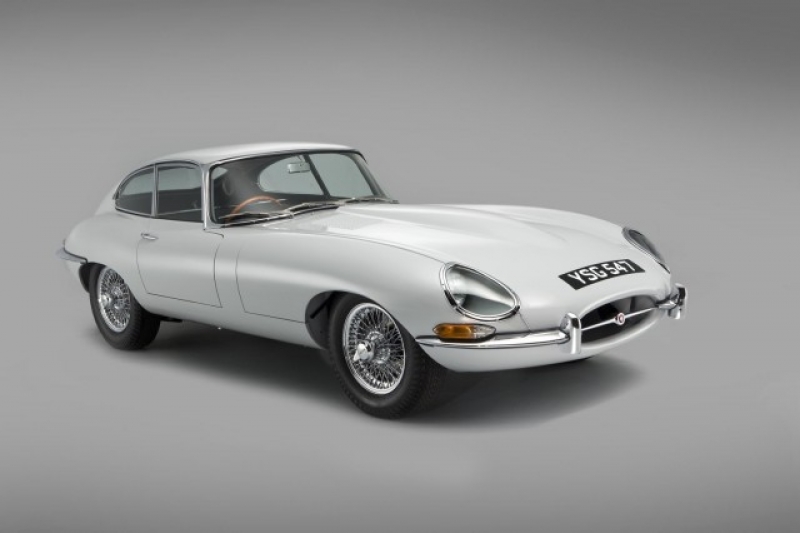 A 1961 Jaguar E-Type was restored by United Kingdom's Classic Motor Cars (CMC) and wil be presented at the London Classic Car Show this week.

For some classic car restorers, no wreck is too far gone. Where most see a pile of rusted metal, they see potential. Because with enough money and skill, any old car can be made like new again. Or sometimes even better. The 1961 Jaguar E-Type you see here was barely more than a stripped chassis when it first came to the attention of the United Kingdom's Classic Motor Cars (CMC). After a thorough restoration, the car will now show off the restoration firm's handiwork at the London Classic Car Show on this week. This particular E-Type is chassis number 15, one of six E-Types displayed at the 1961 Scottish Motor Show during the car's debut year. Chassis 15 was subsequently sold into private ownership and went off the radar, until it was found on some property in Cernay, France, in 2013. The years hadn't been kind to it. CMC did not discuss its plans for the freshly restored E-Type beyond its London Classic Car Show debut, but any E-Type from the first year of production should be very desirable. Even a 1973 Series III 2+2 coupe—one of the least-desirable E-Type models—sold for $135,000 last year, so imagine what this one could bring at a sale or auction.