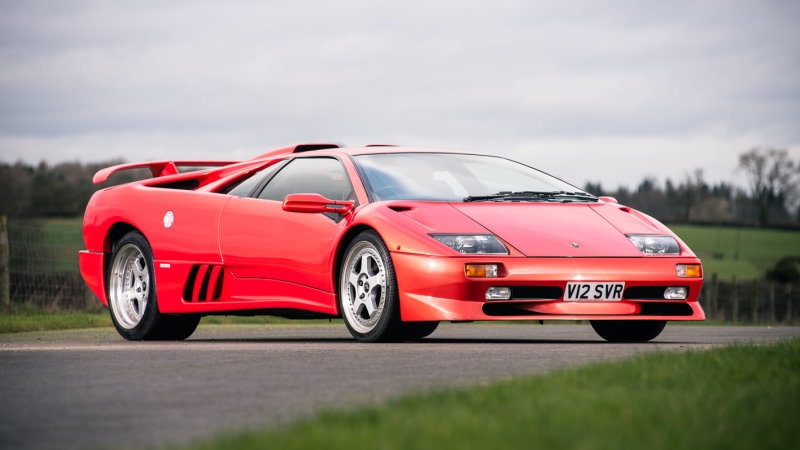 The Final Lamborghini Diablo Made In 20th Century Goes To Auction Next Month.

Silverstone Auctions claims to have a very special 1999 Lamborghini Diablo Super Veloce (SV) rolling onto the auction block at its upcoming Restoration Show Sale next month. Not only is this Diablo SV in great condition with low miles, but Silverstone Auction says it’s the last Lambo to roll off the production line before the Volkswagen Group took full control of the Italian automaker. This Diablo SV left the factory on December 21, 1999, which made it the final Lamborghini of the 20th century. At that point, VW Group already had financial control over the Italian sportscar maker, but Silverstone Auctions claims the German company really asserted its power starting in 2000. Whether you want to consider this the final "true" Lamborghini or not, it's still a fantastic looking sports car. This right-hand drive example has covered about 32,200 miles and underwent a chassis and suspension restoration in 2013. Silverstone Auctions believes this is the only Diablo to wear this three-coat Pearl Red/Orange exterior color, and the interior upholstery is a mix of black leather and Alcantara.